Roald Dahl Wiki
Register
Don't have an account?
Sign In
Advertisement
in: Movies, Willy Wonka and The Chocolate Factory, Films

One crisp snowy day, some kids from school were running to the Candy Store and the candy man sings "The Candy Man" song. after Charlie watching, he goes and a man gives him his weekly pay, which Charlie uses to buy a loaf of bread on his way home, he passes the legendary Willy Wonka's chocolate factory. A mysterious tinker recites the lines of William Allingham's poem "The Fairies", and tells Charlie, "Nobody ever goes in, and nobody ever comes out." Charlie rushes home to his widowed mother and his four bedridden grandparents. Later that night after he tells Grandpa Joe about the tinker, Joe explains that Charlie was right and told him it was revealed that Wonka locked the factory. When Charlie asked why did Wonka locked the factory Grandpa Joe explained because of his rival, Mr. Slugworth, and other candy makers sent spies dressed as employees to steal Wonka's recipes. Wonka disappeared, but three years later began selling more candy. The origin of Wonka's labour force is a mystery.

To buy a Wonka Bar, he has change left that he uses to buy another Wonka bar that he intends to bring to his family. On leaving the candy store, he learns from the street that the millionaire was a fraud; one ticket is still at large. When Charlie opens the chocolate bar, he finds a golden ticket. While racing home, he is confronted by the sinister man seen whispering to the other winners. The man introduces himself as Slugworth and he offers to pay Charlie for a sample of Wonka's latest creation, the Everlasting Gobstopper.

Relieved that he is able to walk, Charlie chooses Joe as his chaperone. The next day, Wonka greets the children and their chaperones at the factory gates. Each is required to sign an extensive contract before the tour begins. The factory is a psychedelic wonderland that includes a river of chocolate, edible mushrooms, lickable wallpaper, and other marvelous inventions. Wonka's workers are small, orange-skinned, green-haired Oompa-Loompas.

Willy Wonka tries to get Augustus away from the chocolate river as he tries to get a drink. Augustus falls in and is whisked through a pipe which leads to the fudge room. Wonka summons an Oompa Loompa to guide Mrs. Gloop to the "Fudge Room" before Augustus is boiled.

After a terrifying boat ride through a tunnel filled with strange visions and sounds, the group arrive at Wonka's "Inventing Room". The children are each given a sample of Wonka's Everlasting Gobstopper. Mr. Wonka shows the group his latest invention, a machine that makes a three-course meal gum. But he tells the group it still has a few flaws and is not ready for consumption yet. Violet ignores his warning and tries it anyway. When she gets to the dessert stage, blueberry pie, the defect happens and she turns blue, fills with juice and inflates into a giant, round human blueberry. The group can only watch as Violet tries to waddle away in embarrassment. Wonka summons a group of Oompa Loompas to roll Violet away to the juicing room at once. She must be squeezed back to normal before the swelling causes her to explode.

Veruca throws a tantrum after Wonka refuses to sell her a "golden goose", and falls down a garbage chute. Mike is shrunk to a few inches in height after being transmitted by "Wonkavision", a broadcasting technology that sends objects through space instead of pictures, despite Wonka's warnings. The Oompa-Loompas guide each child's parents to a place where they might rescue their children. Charlie ask Mr. Wonka what will happen to the other children. Mr. Wonka tells Charlie not to worry and that "When they leave the factory they will be completely restored to their normal, rotten, terrible selves. But maybe a little bit wiser."

During the tour, Charlie and Grandpa Joe also succumb to temptation. They stay behind in the "Bubble Room" and secretly sample Fizzy Lifting Drinks. They begin floating skyward, and are nearly whisked into a giant ceiling mounted exhaust fan. To avoid this grisly fate, they burp repeatedly until they return to ground level. Wonka initially seems unaware of the incident, but when Charlie is eventually the only remaining child on the tour, Wonka dismisses him and Grandpa Joe then leaves for his office. Charlie and Joe follow Wonka to ask about Charlie's lifetime supply of chocolate. Wonka tells them that Charlie won't be getting the prize, thus he had broken the rules. When Grandpa Joe says that they didn't even saw any rules, Wonka angrily responds that they violated the contract by stealing Fizzy Lifting Drinks and therefore won't recive anything before he dismisses them. Angered by what Wonka said, Grandpa Joe scolds back to Wonka and acts mean until Wonka dismisses them again. Now Joe wants revenge, and decides that he and Charlie give Slugworth the Gobstopper, but Charlie returns the Gobstopper to Wonka instead and apologizes. Wonka's concerned look fades to a fascinated impression and then says to Charlie that he has won, and begs for forgiveness. Then Wonka reveals that Slugworth is actually "Mr. Wilkinson", a fellow employee of Wonka, and the offer to buy the Gobstopper was a morality test which only Charlie passed. Wonka then takes Charlie and Grandpa Joe in the Great Glass Elevator which he calls the "Wonkavator". While flying up in the air in the Wonkavator, Wonka then reveals to Charlie that the actual prize is the factory, and says that he and his family can move into the factory immediately. Charlie will take over the factory when Wonka retires.

Title in other languages 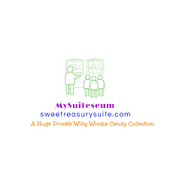