The Snozzcumber is a fictional foodstuff featured prominently in this The BFG. The Snozzcumber resembles a cucumber, but differs in various respects. It varies from nine to twelve feet long. It is striped lengthwise black and white, with wart-like growths all over its surface. It, along with Frobscottle, is the sole diet of the BFG until he has captured the man-eaters. Having done so, he feeds them Snozzcumbers for the rest of their lives – an apparent act of punishment, due to the Snozzcumber's repulsive flavour--which is even worse for them after a lifetime of eating humans. Sophie said the Snozzcumber tasted of frogskin and rotten fish, and the BFG said it tasted like cockroaches and slime wanglers. Sophie thought of crunching ice when she heard the BFG eating it.

In the animated film, the snozzcumber is a red and black striped eggplant like vegetable. When sliced up, it is revealed to have green, slimy and putrid flesh with many small seeds.

In the live action film the Snozzcumber is a green warty cucumber like vegetable that when sliced up has sickly yellowish green threads inside it.

Snozzcumbers can be considered the antithesis of frobscottle, as it is food and tastes revolting. 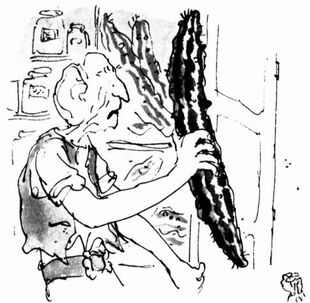 The BFG holding a Snozzcumber in front of Sophie 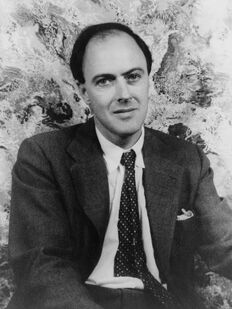