Roald Dahl Wiki
Register
Don't have an account?
Sign In
Advertisement
in: People, Actors, Charlie and the Chocolate Factory, Females

Helena Bonham Carter CBE (born 26 May 1966) is an English actress. She portrayed Mrs Bucket in the 2005 film Charlie and the Chocolate Factory.

Bonham Carter was born in Islington, London. Her father, Raymond Bonham Carter, who came from a prominent British political family, was a merchant banker and served as the alternative British director representing the Bank of England at the International Monetary Fund in Washington, D.C., during the 1960s. Her mother, Elena (née Propper de Callejón), is a psychotherapist who is of Spanish and mostly Jewish background, and whose own parents were diplomat Eduardo Propper de Callejón from Spain and painter Baroness Hélène Fould-Springer. Bonham Carter's paternal grandmother was politician and feminist Violet Bonham Carter, daughter of H. H. Asquith, the Prime Minister of the United Kingdom during the first half of the First World War.

Bonham Carter is the youngest of three children, with two brothers, Edward and Thomas. They were brought up in Golders Green and she was educated at South Hampstead High School, and completed her A-levels at Westminster School. Bonham Carter was denied admission to King's College, Cambridge, because the college officials were afraid that she would leave during the course to pursue her acting career.

When Bonham Carter was five, her mother had a serious nervous breakdown, from which took her three years to recover. Soon afterwards, her mother's experience in therapy led her to become a psychotherapist herself. Bonham Carter has since paid her to read her scripts and deliver opinions on the characters' psychological motivations. Five years after her mother's recovery, her father was diagnosed with acoustic neuroma. He suffered complications during an operation to remove the tumour which led to a stroke leaving him half-paralysed and using a wheelchair. With her brothers at college, Bonham Carter was left to help her mother cope. She later studied her father's movements and mannerisms for her role in The Theory of Flight. He died in January 2004. 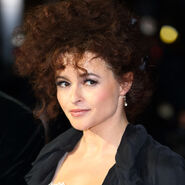 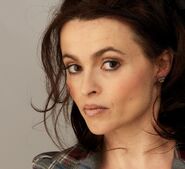 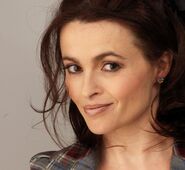